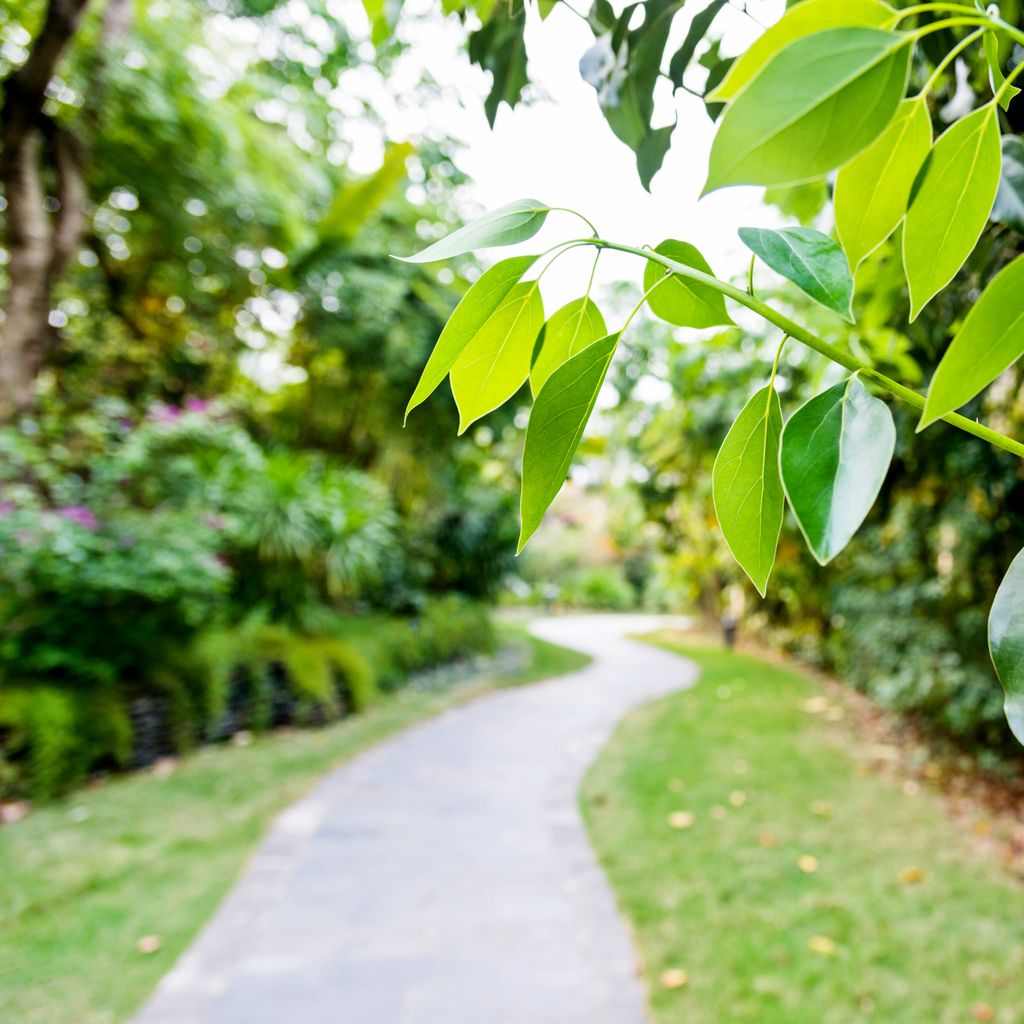 The garden squares of London will be looking their best this summer after being planted, clipped, and mowed to perfection in preparation for an extraordinary event.

The London Square Open Gardens weekend takes place every year, providing an opportunity for Londoners to explore a succession of magnificent ‘secret’ gardens, usually out of bounds to members of the public. Scheduled for the weekend of 11th and 12th June, the London garden squares weekend offers a tantalising glimpse into these historic spaces.

The History of London’s Garden Squares 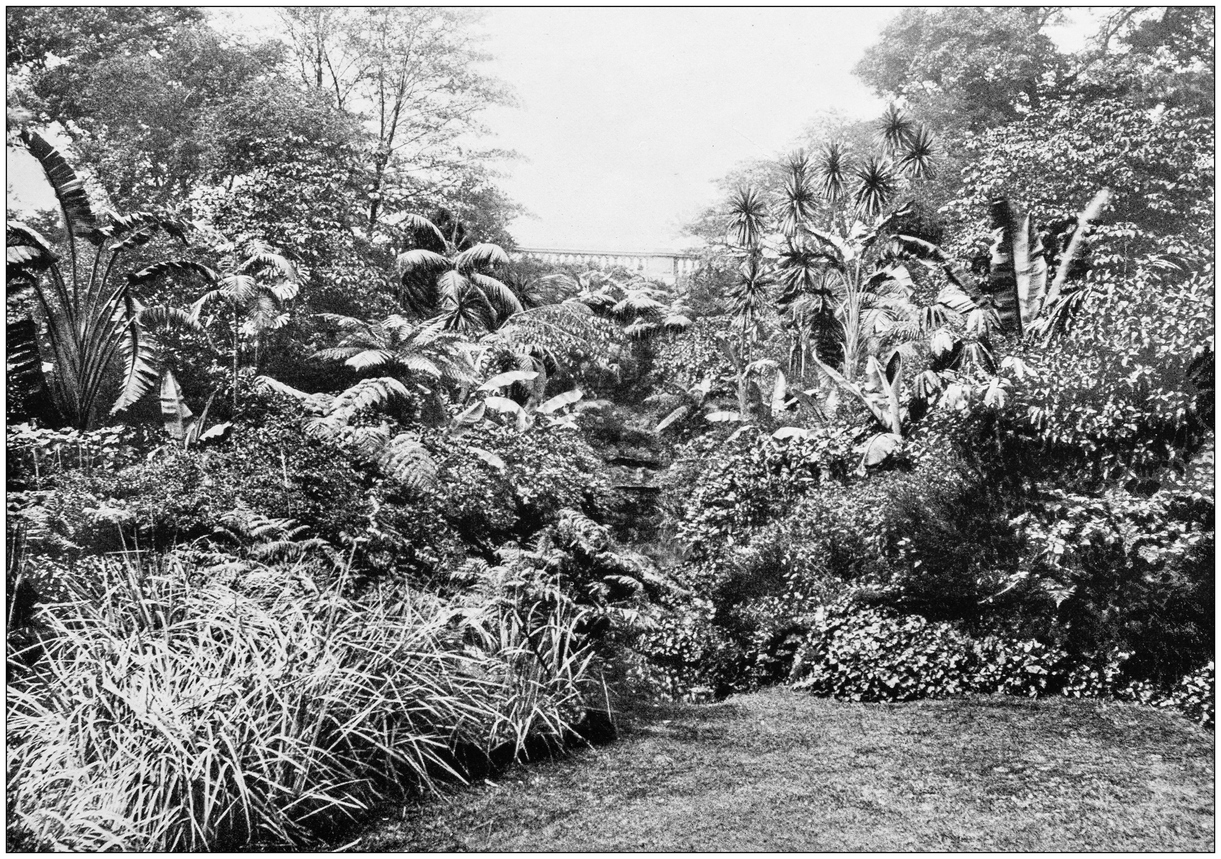 There are approximately 300 garden squares in inner London, covering areas that vary from half an acre to several acres. Most are private spaces for the use of the square’s occupants, and they provide the perfect opportunity for residents to relax and socialise outdoors. For true lovers of London, these squares are landmarks every bit as important as Big Ben, Buckingham Palace or the Shard.

The concept of the garden square took root after the Great Fire of 1666. Wealthy residents left homeless by the fire – which destroyed vast swathes of London’s streets – were reluctant to return to the cramped and dangerous conditions within the city walls. The building boom that followed effectively created London’s first suburbs and enabled wealthy Londoners to move to greener, less crowded areas.

Below are just some famous garden squares that have more about them than their picturesque landscapes. 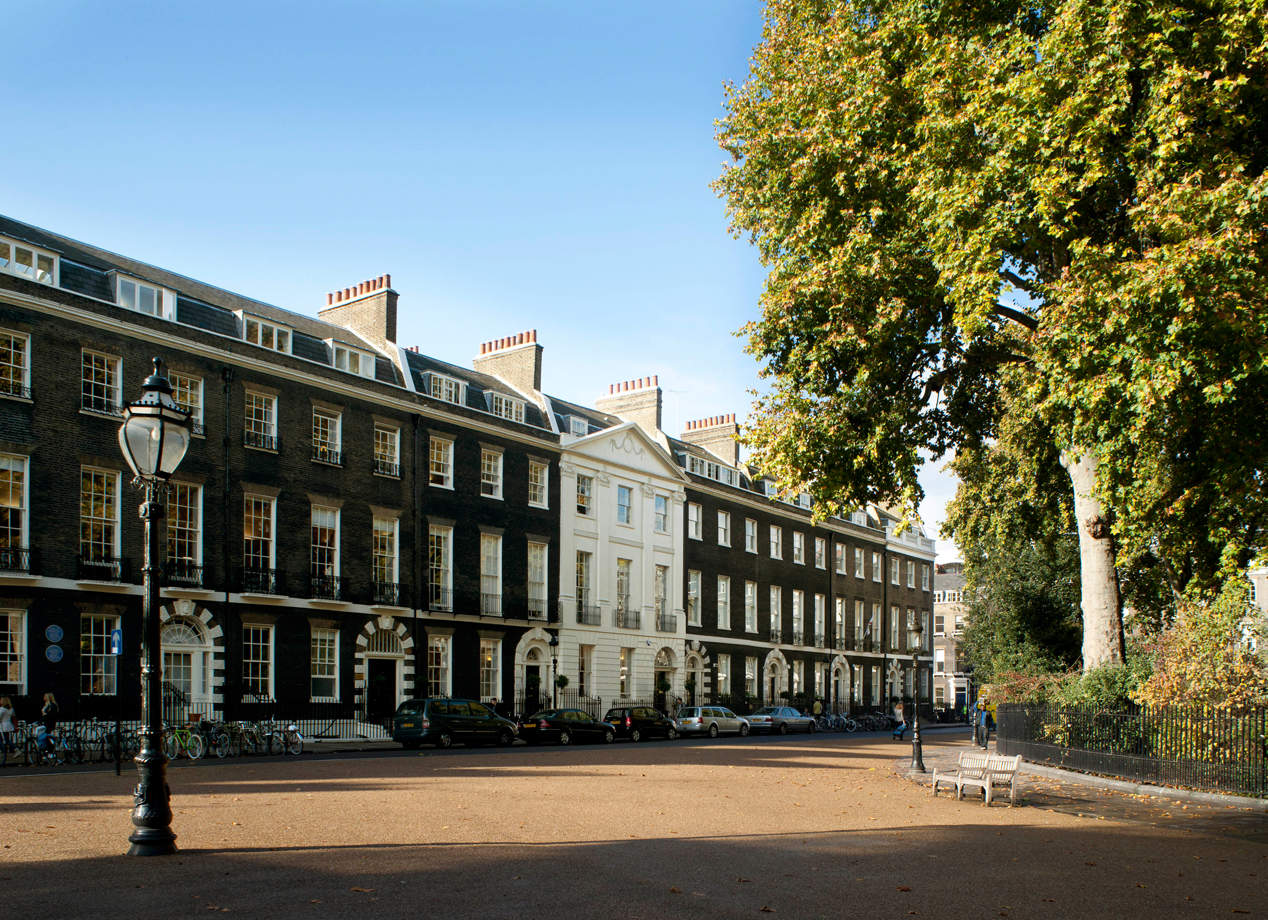 A classic example of stately Georgian architecture, Bedford Square set the style for similar developments throughout London. The square was designed by the architect Thomas Leverton (1743-1824) and built between 1775 and 1983. Bedford Square’s elegant period townhouses have been home to a number of distinguished residents, including anti-slavery activist Elizabeth Jesser Reid and publisher Jonathan Cape. These days many of these exceptional listed buildings are now offices.

The square was named after the noble Russell family (the dukes of Bedford) who owned much of Bloomsbury at the time. The Russells also gave their name to Russell Square, another famous square near the British Museum.

In 1860 numbers 1, 2 and 3 Bedford Square risked demolition as a result of expansion plans by the British Museum, but fortunately the proposed development was never built. Nowadays the garden is filled with mature trees and attractively planted flower beds. From time to time the space has hosted contemporary pop-up ‘pavilions’ created by leading international architects. 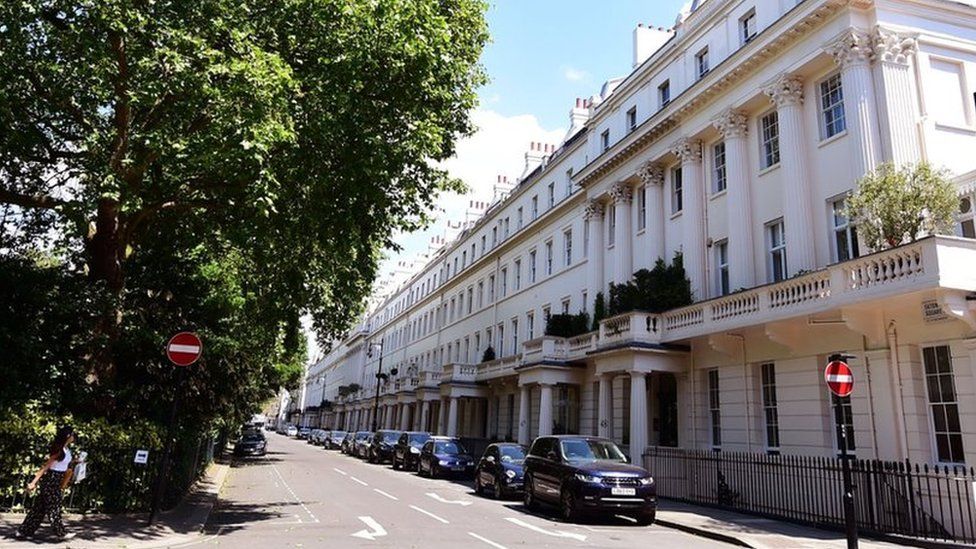 Eaton Square Garden is one of the most picturesque of all London’s private communal gardens. Several years ago, its beautifully tended flower beds, formal lawns, and shady pathways won Gold in the London in Bloom competition.

The square is part of the Grosvenor Estate and was named after the Duke of Westminster’s country home, Eaton Hall in Cheshire. The gardens were established between 1826 and 1855 by the estate’s master builder, Thomas Cubitt, and some of the plane trees originally planted in Cubitt’s time can still be seen today. 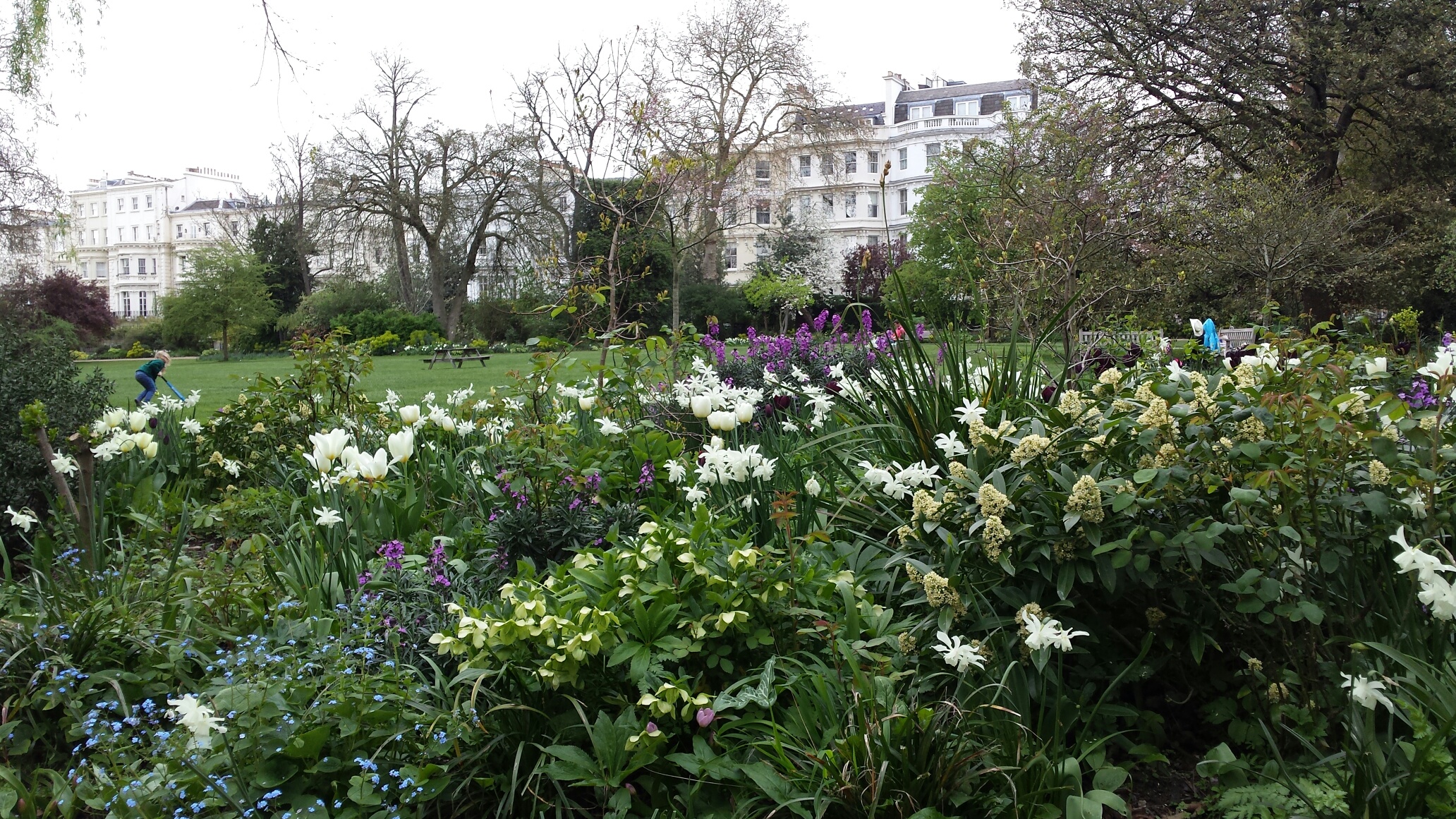 Covering an area of seven acres, this Grade II listed garden – the largest of all London’s private garden squares – was originally the site of a racecourse. The course proved unsuccessful, and by the end of the 1840s, it had been transformed into a garden. A plan created at the time by the Ladbroke estate’s architect Thomas Allason (a specialist in landscape design) shows the layout has barely changed since the garden was first laid out.

Today's visitors to Ladbroke Square can enjoy a long walk along the north side of the garden or follow winding paths around three large, lawned areas bordered by flower beds. There are also two playgrounds, one for younger and one for older children.

The construction of Belgrave Square – created as the centrepiece for Belgravia – began in the 1820s, and since then the square has enjoyed strong international connections. Over time, it has been home to a number of embassies. During the Second World War, the garden was used as a park for military tanks.

Today it has not one but four ‘temples’ (summerhouses) along its inner path, together with wisteria-covered pergolas and traditional flower beds planted with roses. It boasts an impressive array of facilities, including tennis courts, children’s playgrounds, a quiet garden, an outdoor gym and, most recently, the addition of an urban forest school. The square is also renowned for its modern sculptures, which reflect its international connections. 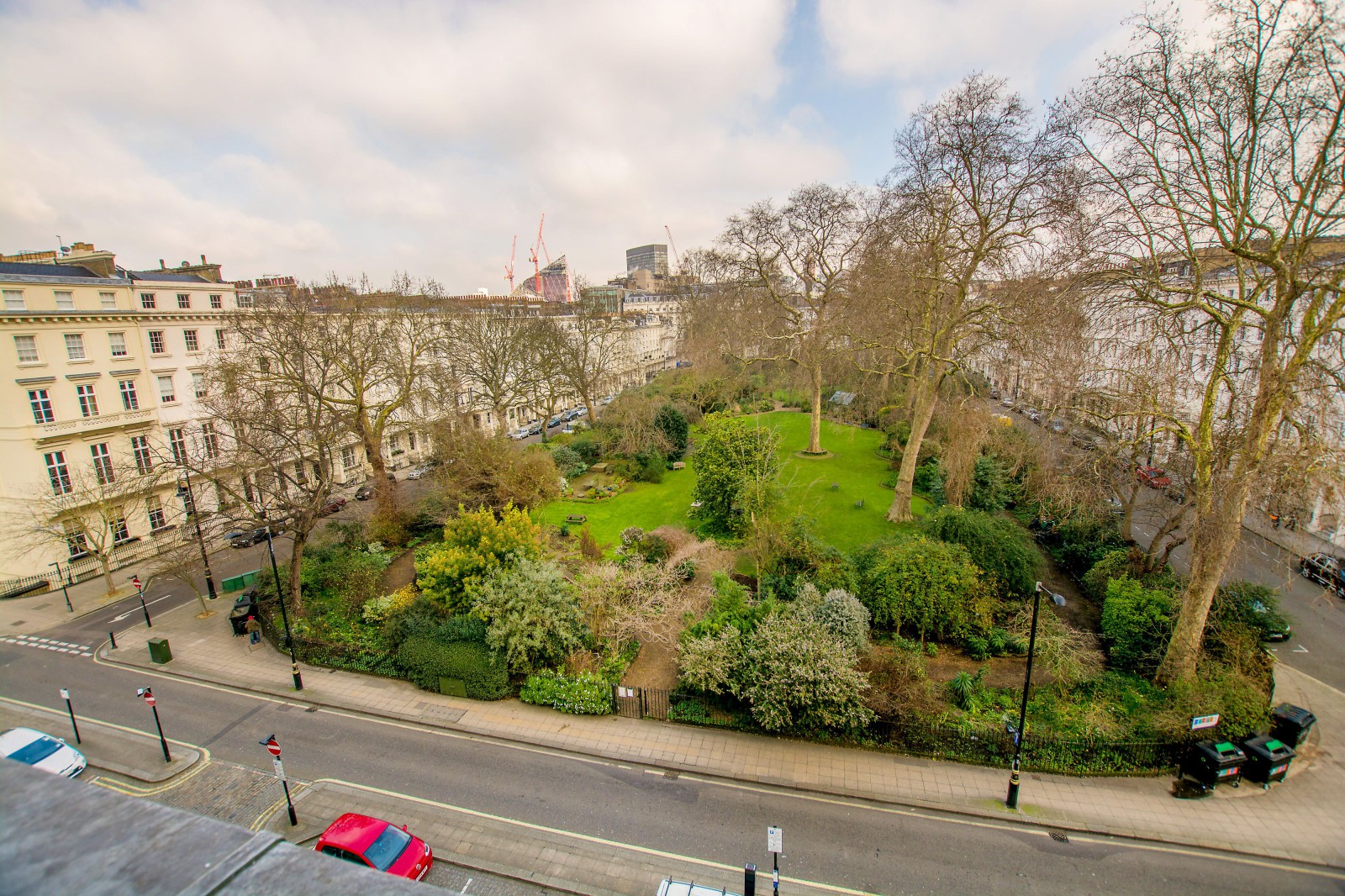 In the late 18th century, Marylebone was a village on the outskirts of the city of London. The area was already attractive to aristocrats, who went there to shoot ducks and enjoy the famous pleasure gardens. In the 1770s, the wealthy Portman family decided to create a residential square with gardens in Marylebone. Manchester House, a residence for the fourth Duke of Manchester, was erected on the north side, giving the square its name. This building still stands today, along with many other fine, Georgian-area townhouses. Renamed Hertford House, it is now home to the world-renowned Wallace Collection. The square’s almost circular garden has changed little since it was first laid out in the 18th century.

There are many more beautifully kept squares to enjoy over the weekend of 11th and 12th June.

You Can Buy Tickets Here

If you would like to make your home in the neighbourhood of one of London’s stunning historic squares, why not get in touch with one of our luxury property experts?