In our new King's Cross area guide, you will find the best places to eat, drink, and shop. Plus, we reveal what it's like to live in this revitalised part of London. It is one of the capital's architectural gems with period properties to inspire as well as new homes, schools, squares and streets. The results are impressive. 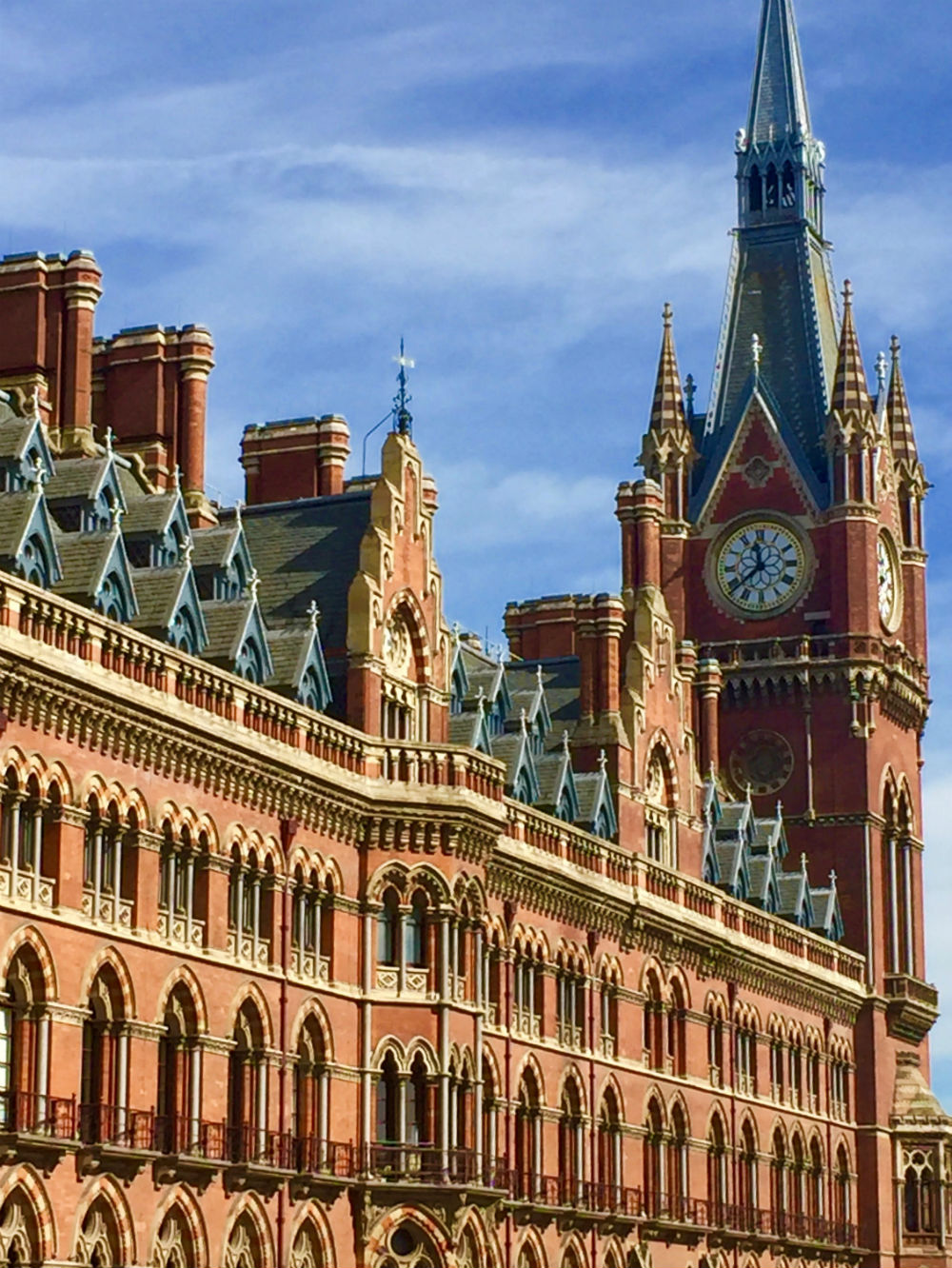 King’s Cross is on the northern side of central London, bordering Euston to the west, Camden Town to the north, Islington to the east and Bloomsbury to the south. With terrific transport links, the nearest tube station is King’s Cross St Pancras, which allows access to six lines (Northern, Piccadilly, Victoria, Circle, Metropolitan and Hammersmith & City). Meanwhile, King’s Cross and St Pancras International railway stations run routes to the north and east, plus Eurostar services to Paris and Brussels. These connections, coupled with the proximity to London’s airports, make King’s Cross one of the best transport hub in the capital.

Originally Battle Bridge Village, it is said to be the site of an historic skirmish between Boudica and the Romans. The latter settled here, at a camp called The Brill, while folklore suggests the warrior queen is buried beneath platform 9 at King’s Cross Station. There is an area nearby still known as Battle Bridge Place, and a road out of St Pancras called Brill Place. The district became known as King’s Cross following the arrival of a monument to King George IV, which stood from 1830 to 1845 at the crossroads between Euston Road, Gray’s Inn Road and Pentonville Road. 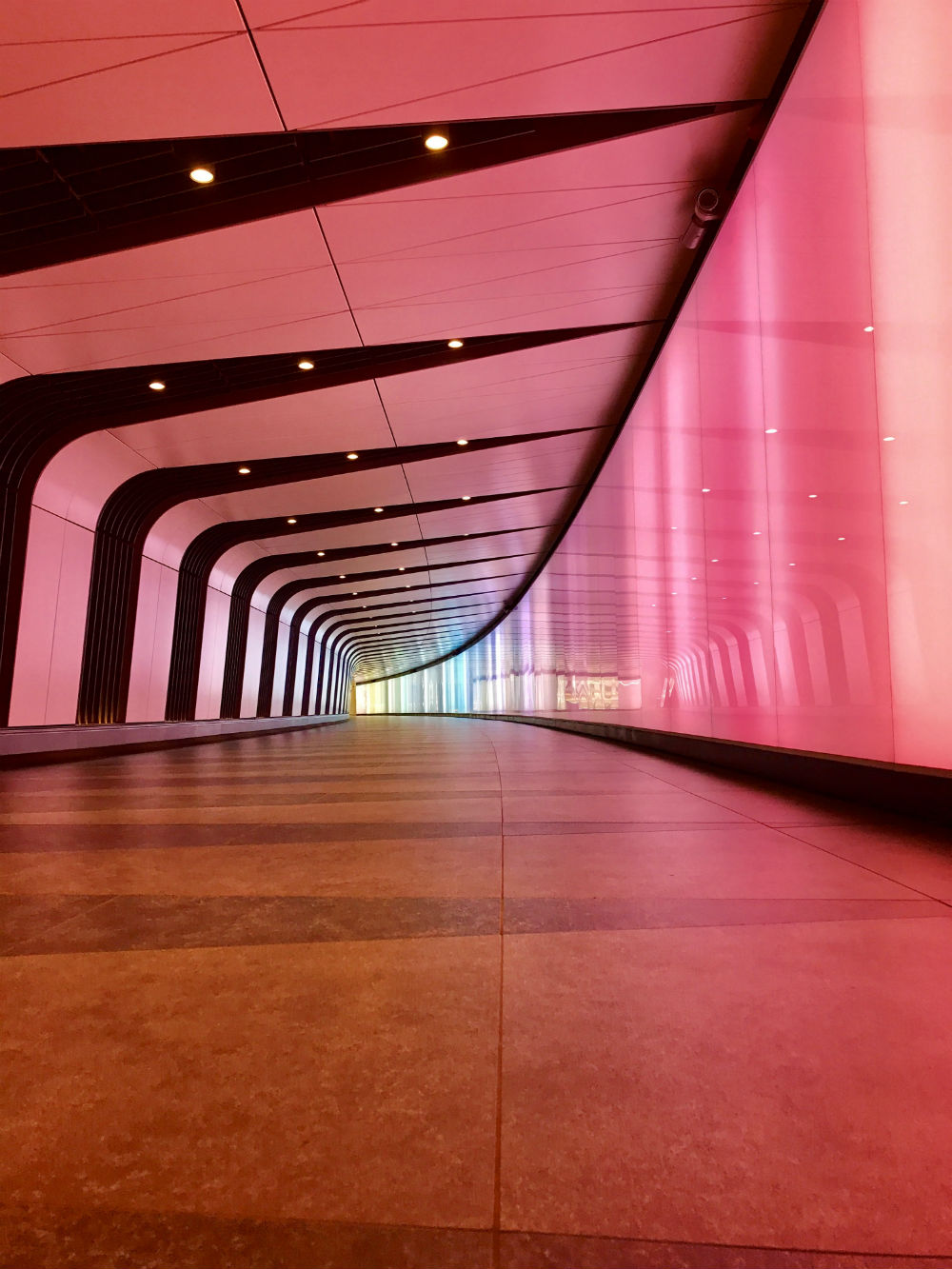 Still enjoying significant, ongoing regeneration, the area offers a superb mixture of early Victorian houses, together with a great choice of conversion apartments, traditional-style tenement flats and luxurious, contemporary homes. There are significant numbers of mid-twentieth century council houses and a wealth of warehouses, many of which have been converted by property pioneers who bought into the King’s Cross area before its recent transformation. Perhaps the most prestigious properties, though, are located in St Pancras Chambers, on the loftier levels of the St Pancras Renaissance Hotel, a magnificent Gothic-style construction designed by the Westminster Abbey architect, Sir George Gilbert Scott.

King’s Cross is the capital’s newest cultural quarter. Home to some of London’s most impressive, repurposed buildings, the area’s industrial past has helped to forge a glamorous framework for today’s smart living. There are new homes, schools, squares and streets. And even a new postcode, N1C. The historic Granary is now the site of the famous arts college, Central Saint Martins, while the Western Transit Shed has been converted into stylish offices, shops and restaurants. The historic Gasholder No.8 survives as a day-time park and night-time event space, and the imposing Coal Drops Yard is soon to be a traffic-free shopping destination.

What’s on in King’s Cross?

There is a vibrant and varied arts scene in King’s Cross. The Everyman Cinema has opened here, as has Sir Quentin Blake’s gallery, the House of Illustration. The Lethaby Gallery offers a showcase for fresh talent in the design and arts world, while the Platform Theatre hosts a programme of drama and performing arts. For those who like to make their own entertainment, there are canal boats for hire, plus yoga and fitness classes to enjoy. Then there’s the shopping! The Harry Potter store is a big hit with Hogwarts fans (of course, Potter fans will be familiar with platform 9¾ at King’s Cross Station that has been made famous by J.K. Rowling’s legendary series), while Carhartt WIP, Nike and 18montrose set the tone for fashion. 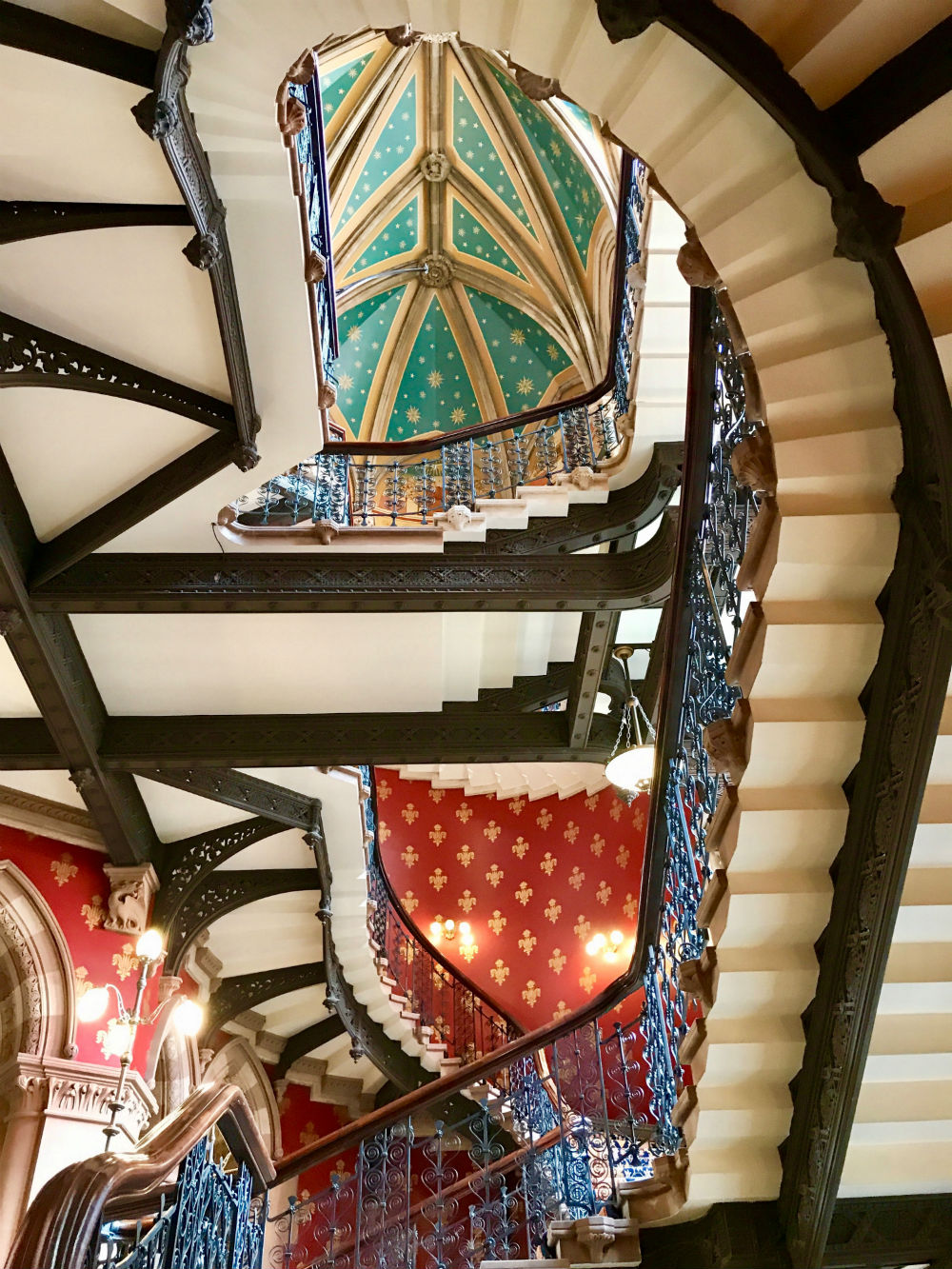 Where to eat and drink in King’s Cross?

King’s Cross certainly has lots of tempting options. Whether you’re looking for breakfast, lunch, afternoon tea or dinner, there’s plenty to satisfy. Standout restaurants include Marcus Wareing’s The Gilbert Scott at the St Pancras Renaissance Hotel (modern British), Plum and Spilt Milk at the Great Northern Hotel (modern British) and German Gymnasium (mittle-European). Granger & Co serves an awesome brunch, while Fortnum & Mason’s St Pancras Restaurant is just perfect for afternoon tea. Try Yumchaa for tea or coffee and a tasty snack at any time of day, and Drake & Morgan for cocktails and a lively late-night scene.
Contact KAY & CO estate agents in King’s Cross for details of property for sale in King’s Cross or property for rent in King’s Cross.

Camley Street Natural Park
www.wildlondon.org.uk @Camley_Street
An inner-city oasis, nestled between King's Cross and St Pancras railway stations, Camley Street Natural Park was created from wasteland and is now a haven for a diverse range of wildlife. Originally the site of a railway coal drop, this outstanding urban nature reserve is in the centre of a substantial area of redevelopment. Yet, here, next to Regent’s Canal, the woodland, grassland and wetland habitats merge to support a rich environment for plants, butterflies, fish and birds. The site was officially declared a Local Nature Reserve in 1986, and has subsequently been visited by people from all around the world.

Contact KAY & CO estate agents in King’s Cross for details of property for sale or property for rent near Camley Street Natural Park. 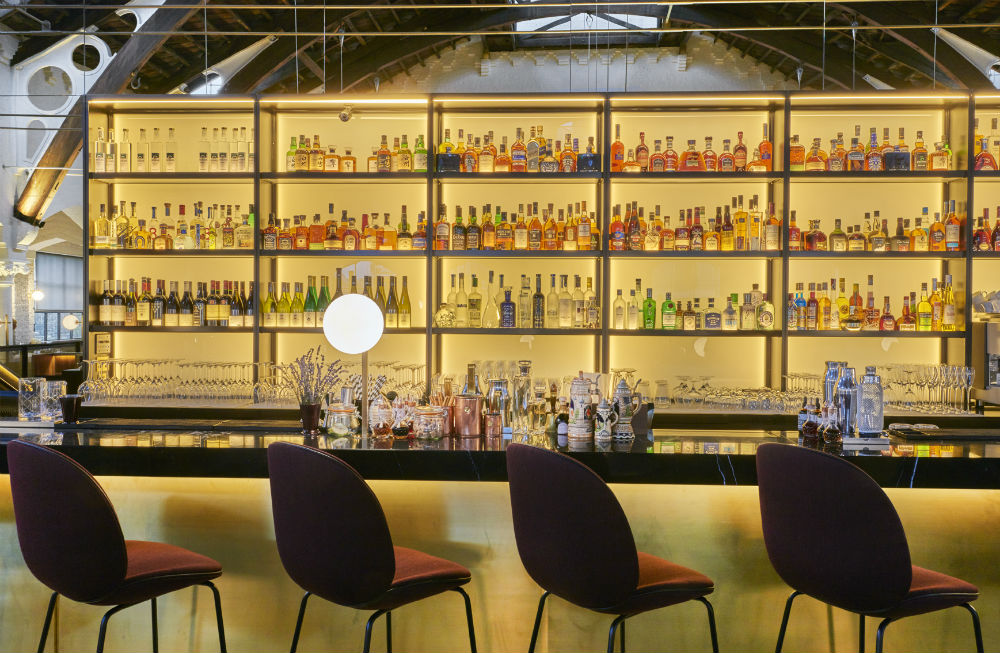 Originally designed as the first purpose built gym in England – and funded entirely by London’s German community – this building was reputedly used for indoor events at the first National Olympian Games in 1866. Now transformed into a sparkling representation of a European Grand Café, the iconic Grade II- Listed structure is attracting bigger crowds than ever. The menu is inevitably German-inspired, offering a tasty selection of mittel-European dishes for breakfast, lunch and dinner. And with late-night glamour on tap at the venue’s chic Meister Bar, it looks like we could all be spending a lot more time at the gym.
German Gymnasium, King’s Boulevard N1C

Contact KAY & CO estate agents in King’s Cross for details of property for sale or property for rent near German Gymnasium.

Notes is a buzzing coffee shop by day and a relaxed wine bar by night. It roasts its own coffee and serves pastries, porridge and breakfast pots in the morning. In the afternoon, its salads, sandwiches and soup. And in the evening, there’s charcuterie and cheese. A fab place to meet friends and colleagues, Notes offers a large and welcoming outdoor space on summer nights. In winter, its mezzanine provides a cosy and intimate area to enjoy your coffee, cocktail, wine or beer. Notes will even deliver breakfast or lunch directly to your desk, if your office is local enough.
Notes, One Pancras Square N1C

Contact KAY & CO estate agents in King’s Cross for details of property for sale or property for rent near Notes. 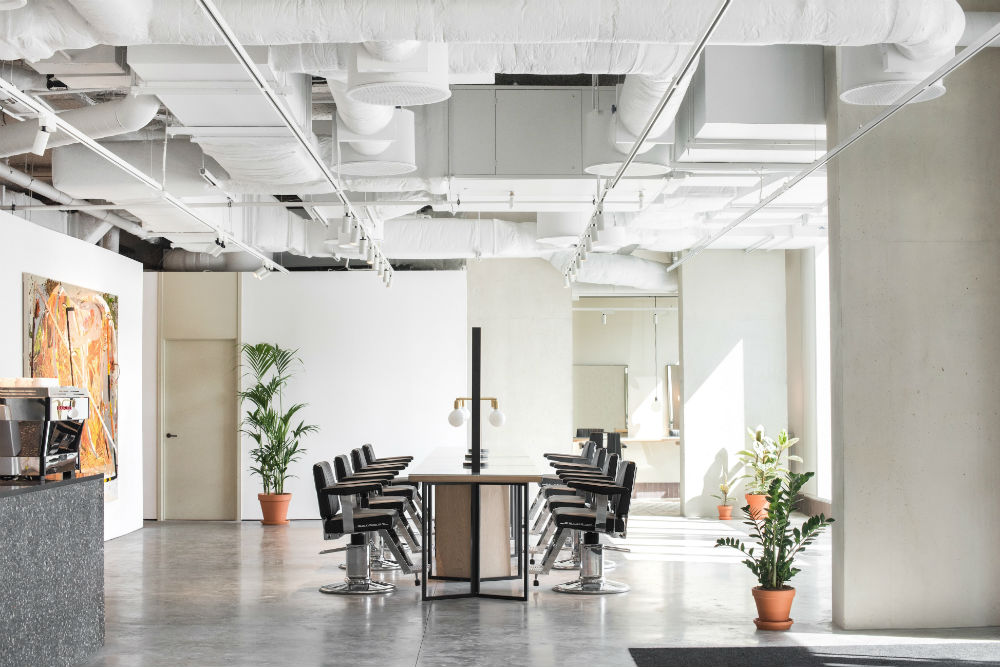 Building on the success of its salons in Shoreditch and the West End, Radio London Hair Salon and Gallery has opened this spacious, 15-chair branch in N1C’s elegant ArtHouse building. With a reputation for cool and confident cuts, plus state-of-the-art colour treatments, Radio houses a crack team of creative hairdressers with impeccable service credentials. This King’s Cross salon also offers a bolt-on beauty service, with separate treatment room and retail area. Doubling as a gallery space, Radio supports all types of art, including photography, painting, illustration and sculpture, and artists are invited to exhibit on a four-month rotation basis.

Contact KAY & CO estate agents in King’s Cross for details of property for sale or property for rent near Radio London Hair Salon and Gallery.

Kay & Co will be opening a new office in King’s Cross, which is due to be launched in the spring of 2018. It will be a contemporary, boutique-style office occupying a 25ft frontage on the ground floor of the Google building. The address will be Unit 4, 6 Pancras Square, London N1C 4AG.