The first quarter of any calendar year is a good time to sell property, as the phone lines and emails are fizzing with activity following New Year resolutions to move home. In fact, potential purchasers are registering with Central London estate agents on an hourly basis, encouraged by low mortgage rates that continue to be cut by lenders. 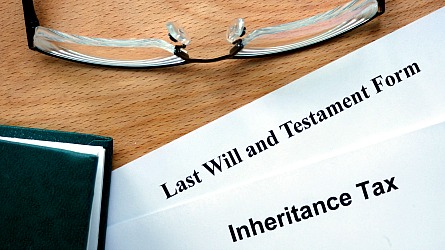 Now an imminent change to the way inheritance tax is applied to residential property owned by non-doms (those living in the UK but domiciled elsewhere) may prompt a new wave of property sellers gladly meeting the demand among buyers, as the global elite seek out smart tax solutions.

The Treasury has been clear in its consultation paper on the matter by stating: "This charge will apply both to individuals who are domiciled outside the UK and to trusts with settlers or beneficiaries who are non-domiciled.” They have allowed for a ‘grace’ period between April 2017 and April 2018 to allow non-doms to separate their various assets.

"Implementing the suggested tax changes for non-doms has come as a surprise for many,” comments Martin Bikhit at Kay & Co. "Some financial analysts thought the move would be scrapped - or at least delayed - following the pro-BREXIT vote, but the Government is pushing ahead with its plans - perhaps because they see it as a good future revenue stream. Non-doms wishing to reallocate their investments between now and when the ‘grace’ period ends in April 2018 may consider selling their UK properties. “As Central London estate agents with many international clients, the Kay & Co team are experienced in the sale of high value property assets and we would be delighted to assist property owners who wish to dispose of any London portfolios within the next 14 months” adds Bikhit.

"The prime Central London property market remains robust” says Bikhit and "there is still a strong demand for properties for sale in Regent’s Park, Hyde Park, Marylebone and in the other residential enclaves around W1 and W2. We’re registering demand from UK buyers as well as international purchasers who may be taking advantage of the weak pound. The properties in W1 and W2 are some of the most rare and exclusive in the world - with Grade I and II listed properties, dwellings of historical importance and architecturally designed one-off homes that provide statement addresses - a unique blend not found elsewhere and redeeming facets that underpin London’s prime property market.”

To discuss the sale of a Central London property you own, please contact the Kay & Co team today. We would be delighted to diarise a meeting at either our Hyde Park or Marylebone office, or conduct the sale of your property remotely, should you desire.