Going into Q3, there were a lot of discussions regarding how the Prime Central London lettings market would perform. In a recent video, Head of Lettings at Berkshire Hathaway HomeServices London, Matt Staton, expressed that he was pleased with the market performance, which saw a record number of transactions across the prime areas of the capital.

Matt has noticed there has been a rise in rental prices during Q3, seeing an increase of rents by 15-20 per cent in comparison to the same periods for 2020 and 2021 – these now accurately reflect a pre-pandemic market, so prime London is returning to form.

Landlords and investors can find more detail on the reasons behind the capital’s rent rises in LonRes’ most recent prime London market update.

LonRes reports that new instructions were down by 21 per cent in Q3, while at the same time, there were 29 per cent fewer properties under offer. This has resulted in an overall drop of 43 per cent in lettings transactions for the quarter when compared with last year. 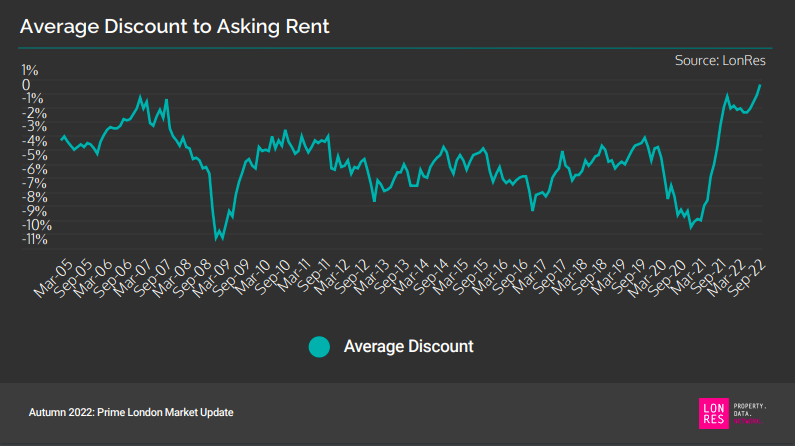 Rents are rising across the board, the rate of increase varies, depending on the property size and type but studios have seen a 21 per cent rise, one bed flats up to 19 per cent and two bed flats have risen by up to 22 per cent. Two and three bedroom flats have seen the largest price rise since 2019 (18 per cent), being higher than the growth rate record for house rentals in 2019. 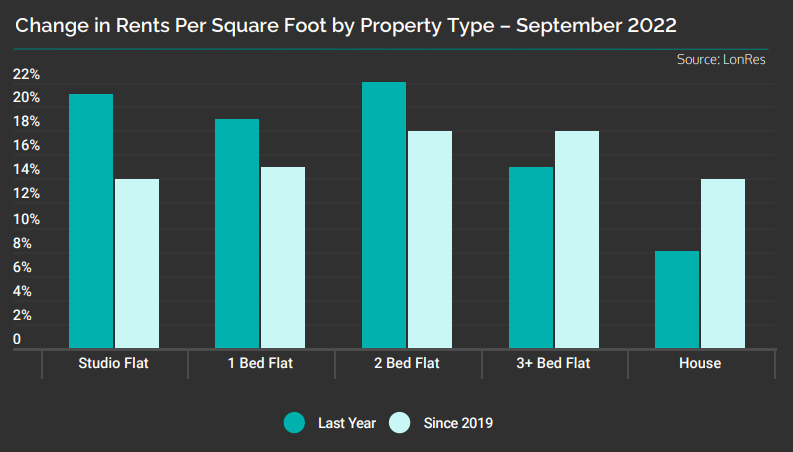 The decrease in available properties has also increased demand, for the first time in LonRes records, which began in 2005, the average discount to asking rents turned positive - tenants paid on average 0.6% more than asking when agreeing a new tenancy during September. Given the lack of available stock, it’s not surprising to find rental properties are being snapped up almost as soon as they are listed, time spent on the market is now close to a record low.

What will the lettings market look like in Q4?

The Bank of England’s decision to increase the base rate will inevitably affect property sales. Matt Staton has a few predictions as to how it might turn out, either pushing rents up even further or reducing the average.

One prediction is that the increase in interest rates might see homeowners deciding to sell their homes and returning to renting, thus increasing the competition for rental properties which has the potential to further increase the prices. Additionally, those who were considering to buy might alter their plans and continue to rent which will mean even less properties might be available.

More properties might come to the market which will stabilise the market, as mortgage-dependent owners might seek to sell their property but if they’re unable to achieve the price they’re after, they may end up renting the property instead.

With the current economic climate, there is no set path the market will follow, we may see the supply and demand level out as we enter Q4 but it’s clear that the appetite for Prime Central London is still as strong as ever.

If you are keen to take advantage of the growing prime central London rental index, why not get in touch with us? As leading central London estate agents specialising in luxury property, we are always happy to advise on the best investments for landlords. We can also support landlords with our highly efficient property management services.